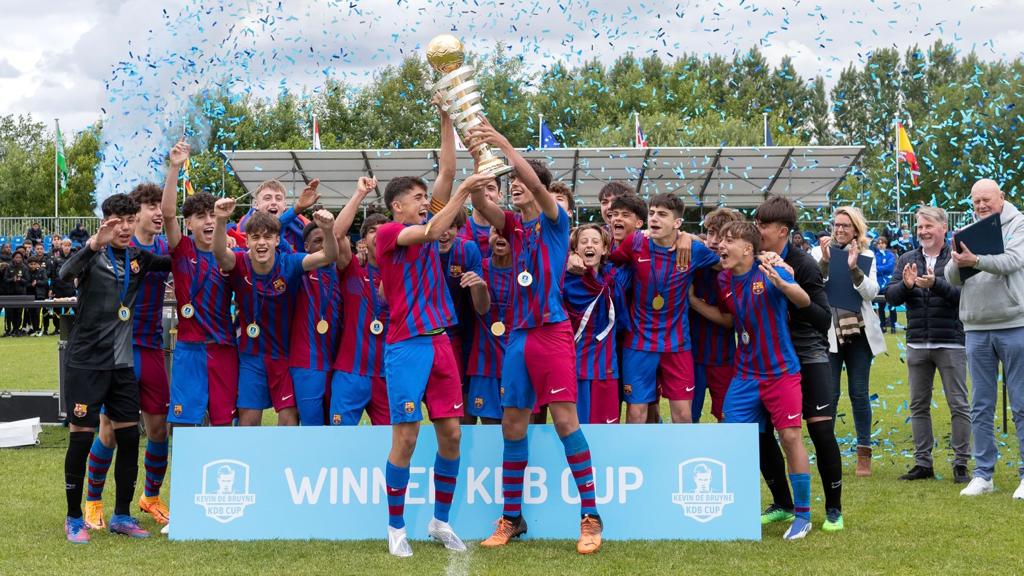 FC Barcelona is the big winner of the festive 5th edition of the KDB Cup, the international U15 tournament named after Kevin De Bruyne. Het won the 'Clásico' against Real Madrid by 3-1. A brilliant field of participants (including Manchester City, Paris Saint-Germain and Ajax) and noted guests zoas Kevin De Bruyne himself, Yourremy Doku, Dante Vanzeir, Thomas Vermaelen, Hein Vanhaezebrouck and Patrick Kluivert lured a new (weekend) record number of 12,000 soccer enthusiasts to Drongen. The very first BV tournament on Friday also proved to be a hit.

Spanish clash in the final of the KDB Cup 2022. Barcelona imposed its will on rival Real Madrid throughout the first half. That dominance resulted in a beautiful opening goal in the 13the minute. Shortly before halftime, Real equalized on a thief's errand after a quickly executed free kick, but shortly after halftime Barça again took the upper hand after a long-drawn out action and a dry blast into the short corner. Shane Kluivert (son of) removed all doubt shortly before the final whistle.

Pol Planas Pérez, coach of FC Barcelona, was full of praise afterwards. "The KDB Cup is really one of the top tournaments in the world. The physical level of Belgian teams like KRC Genk and RSC Anderlecht also surprised me positively. That we also had the best player of the tournament in our ranks (see below) is a nice bonus, but such an individual trophy is always the result of a successful collective performance."

FC Barcelona's Juan Hernandez Torres was voted best player of the tournament. The nippy pocket striker is a typical Barça product: fast, goal-oriented and prima vista. Sands Hudson of Chelsea FC was the best goalkeeper. Top marksman was Emre Ünüvar of Ajax with 5 goals in as many games. Finally, Club Brugge won the fair play trophy.

Kevin De Bruyne came by not once but twice this time at 'his' tournament. On Friday, May 27, he surprised the visitors of the very first BV-tournament. He came by ... and promptly put on his soccer boots for some much appreciated substitutes at Team Aster and the 'Special Devils' (the recently established Red Devils with a disability) of national coach Piet den Boer. On Saturday, 'King Kev' made extensive time for family, friends and fans.

"I always enjoy coming back to the place where my soccer career started. I like to make time for a photo with the fans, although I still find it strange that people look up to you like that. Above all, I also had a little more time for my wife and children after a long season. Apart from that, the organization of the KDB Cup has become so professional... that's another thing I enjoy.

Also Thomas Vermaelen came to Drongen. The ex-Red Devil created furore with Ajax and Barcelona, among others, and is currently an assistant national team coach. "There is a huge evolution in terms of tournaments. It's impressive what you do here. It must be fun for the players to come to the KDB Cup. Playing matches at a high level, against teams from other countries with different playing styles, that's also important for their development."

The assistant national team coach had another important piece of advice for young footballers. "It's a cliché, but: make sure you always keep fun in soccer. Keep the performance pressure away for as long as possible, even if you have to learn to deal with it. Look at Kevin: he plays on the world stage but it seems like he knows no stress."

The organizers of the KDB Cup were over the moon about the success of the past party edition. "It was a fantastic three days, with a very successful first BV tournament, top international youth soccer and record attendance.", gloats chairman Paul Naudts. "400 volunteers gave their best for three days. Such a commitment is worth its weight in gold for an event like ours. Big thanks also to all our sponsors, especially our new main sponsor Veo - without their support it would be impossible to deliver the quality our visitors have come to expect from us. There were about 12,000 visitors, which is fantastic. To them I say: merci and until next year!" 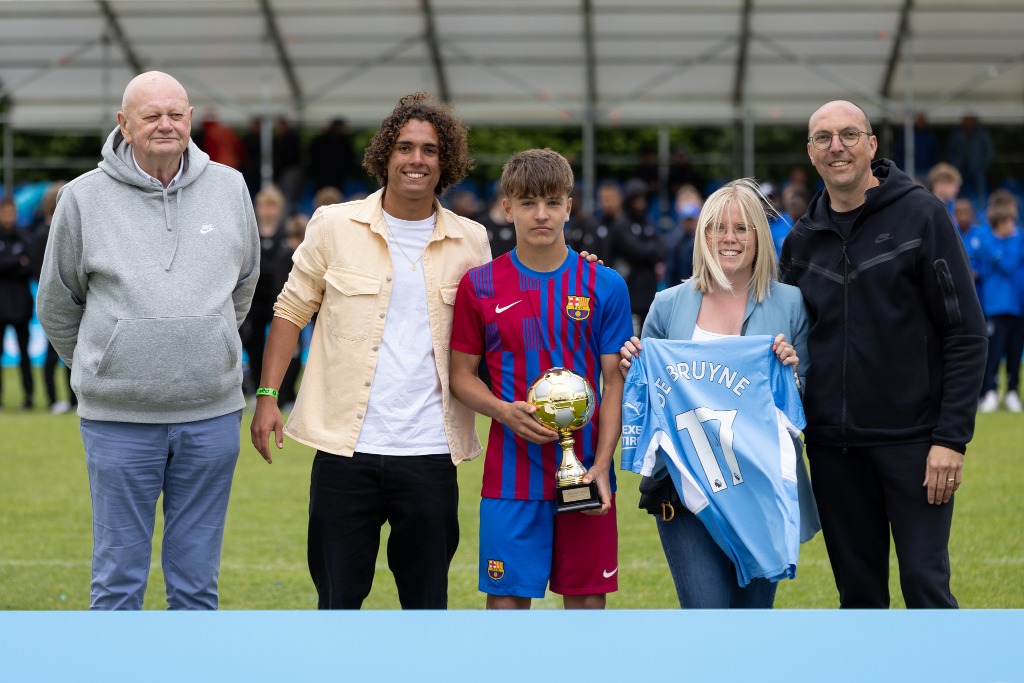 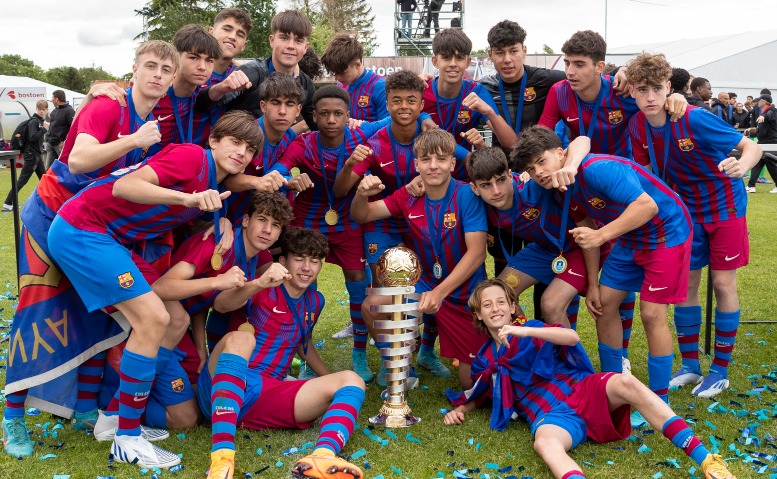